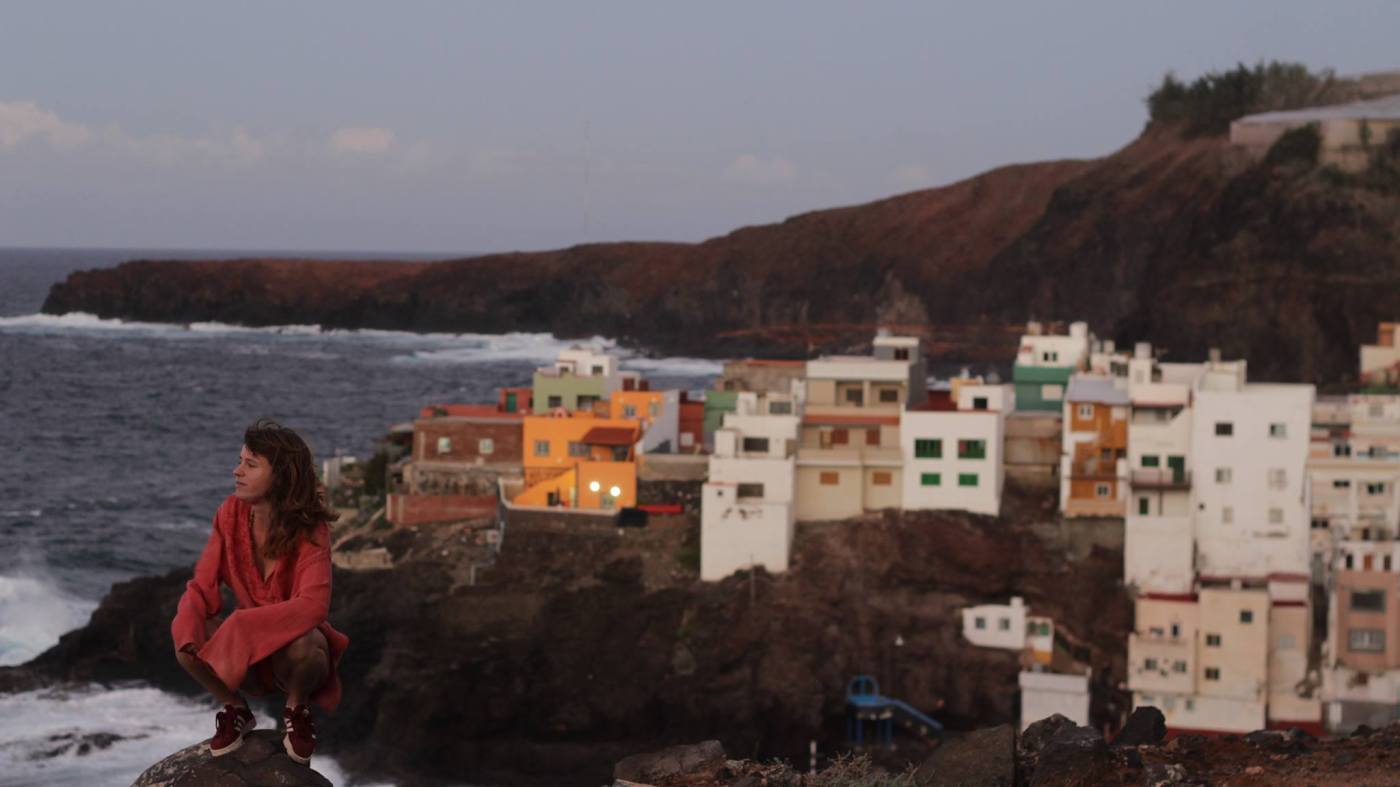 From our small apartment next to the sea, we walked to the town of Galdar and back every day along dusty roads dotted with wild cacti and vegetation.

Along haphazard paths and roads we came home with the afternoon sun painting the path ahead of us gold. As we bounced home leaping across the rugged landscape, our skin glowed in the fading light. The way was paved with adventure. Sometimes the road simply ceased to exist, and choices of pavement became endless: steep hills between houses, ragged stone walkways and the rocky grassy space in between. This is Galdar, the seaside town in the province of Las Palmas, where colourful square houses rest in clumps on the horizon beneath a backdrop of misty volcanos. We arrived in Gran Canaria with few pre-conceived expectations. Most of what I knew was that I was going to spend my birthday somewhere close to where I was conceived 22 years ago (Ghana, Africa) and amongst the chaotic warmth of Spanish culture.

There are no tower blocks or tall buildings in sight and this makes the view appear endless, providing the feeling of space and freedom. We walked towards the sea between tall brick walls, either side of which lay a huge banana plantation, so every now and then dark leaves peaked over the stones above us and we saw clumps of vibrant green banana’s and the dark pathways between. Every path appeared mysterious to me in this place, and occasionally an open doorway would give sight of a steep set of mosaic stairs calling to be explored, with no explanation of what lay ahead. A feature of the island appears to be an incredible lack of urban planning, so there is no sidewalk for pedestrians on the banana road and cars come swinging round the corner honking their horns or swerving out of our way. This makes for many opportunities to hitchhike, however, and we made good use of this when we had to carry 8 litre bottles of water back to make up for the filtered sea water which came of the tap. 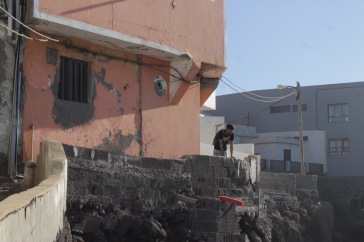 At some point, we decide to turn left down a small grassy lane in between half built houses to avoid the rest of banana road. The first thing we see is a herd of goats at the end of the lane staring us straight in the eye, and a small dog fearlessly running towards us with his tongue lolling out his mouth. It would be impossible to try to pinpoint the owners of all the various strays we meet along the road. On this island, anything goes. Goats on the road? Why not! “lets build a house right here, on this rock!” “LETS PAINT IT PURPLE!” I imagine a local might say. Life is chaotic in every way. Inhabitants lounge outside of houses, peer off balconies or chatter away in Spanish slang, unafraid of making noise. There is little room for rules or order, yet somehow everything just about fits together remarkably, despite it all. We reach a road of matching pastel coloured houses with picturesque lanterns – so maybe it is not fair to say there is no urban planning, there is definitely ‘coloured planning’! 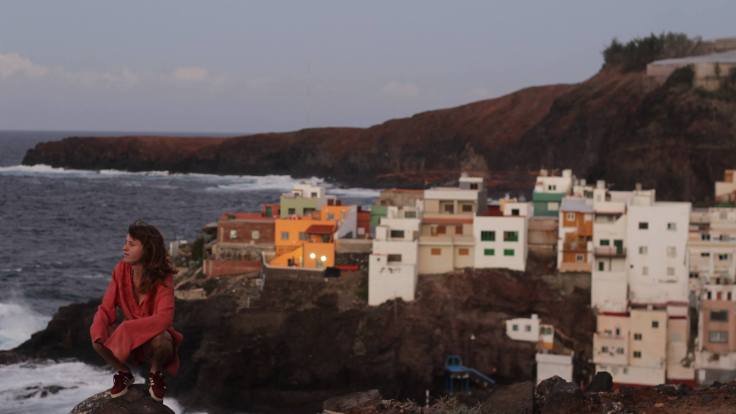 This is true for what is probably my favourite road in the town; featuring bars and small shops, it slopes gently uphill towards the plaza and is lined with lanterns which give off an orangey glow and curve inwards towards the road. The plaza is a stunning feature of the town, backed by a wide flat stone church, surrounded by tall palms and cute apartments. To pass the time I practice rolling my ‘r’s, so I can at least communicate a bit with the Gran Canarian’s without sounding so ridiculously British. It feels frustrating at times, as if my mouth just wasn’t made that way, but a good helpful technique is to stick your tongue out of your mouth and blow into it. Also repeating words like ‘actriz’, ‘tres’ and ‘incredible’ until they become nonsensical and your tongue takes on a life of it’s own. Even if your ‘r’s still aren’t rolling together at the end, at least you can laugh at yourself. 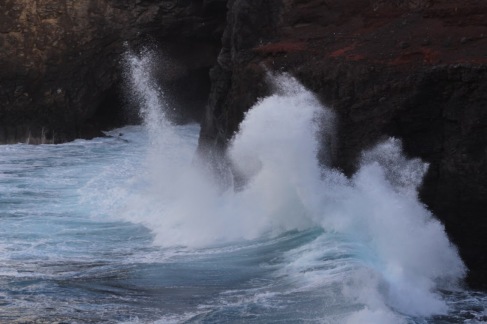 As we begin to near our small village, which consists of colourful houses and mosaics and rests on a cliff jutting out to sea, the beautiful blue’s of the sea become visible. The sea here is vibrant with it’s own colour: flawless white waves crash one by one against the coast and vibrant blue, green and light blue colours show the sea as surreal in it’s beauty and power. The force of the sea overpowers any other sound. This place will be remembered by it’s crashing waves, adorable strays, rocky paths and colourful houses built wherever one feels like.. because that’s Gran Canaria!

Info: Gran Canaria is the third largest of the Canary islands in the African archipelago. Somewhere between Africa (geographically) and Spain (culturally), it is unique in it’s chaos. The islands name derives from it’s original inhabitants the Canarii people, who made their way here over the seas from North Africa around 500BC. The Canarii, or ‘Guanches’ as they are otherwise called, named the island ‘Land of the Brave’, and it was later given the epithet ‘great’ by the 15th century Spanish colonisers.